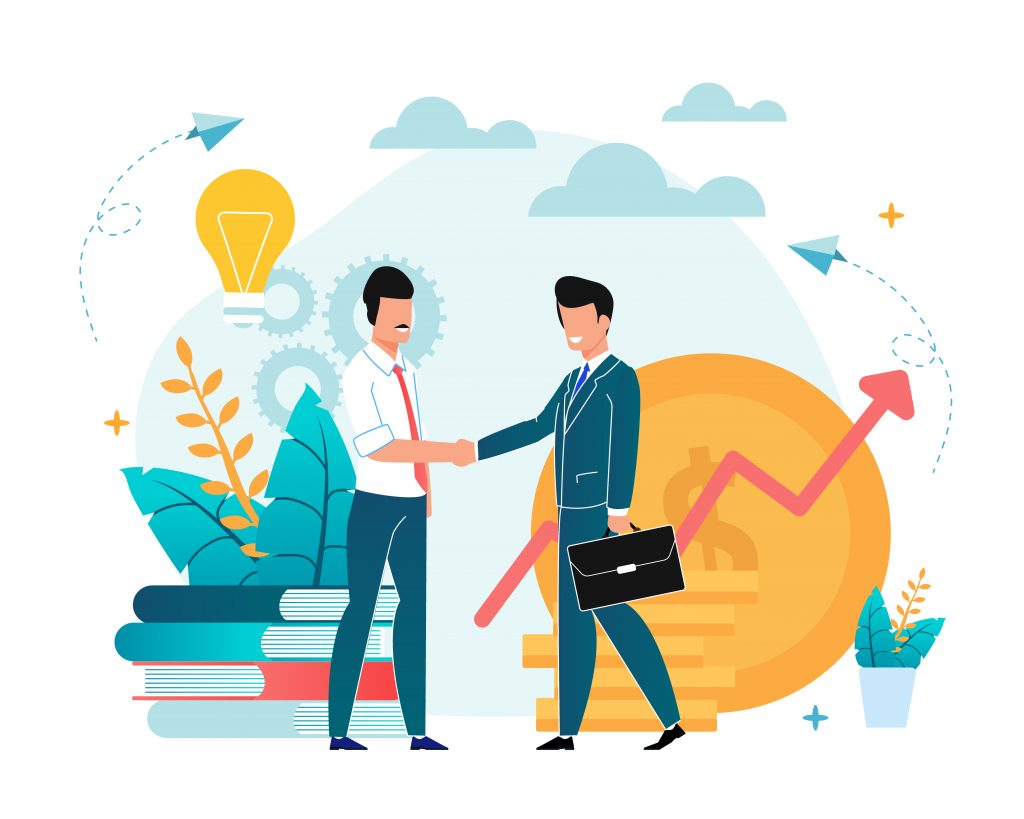 Thinking about returning your employees to work
We have recently sent out an email in relation to providing you with a consultative survey for your employees, please do not hesitate if this is something that you would like us to provide for you and/or provide some support with. Businesses are being encouraged to survey their furloughed staff about returning to the workplace, and by carrying out the short survey you will be able to identify beforehand any potential issues that employees may have, such as shielding (although now announced that those who have been shielding can now start to leave the house as of 1 June), child care issues, concerns about if the company has carried out risk assessments etc. It will certainly benefit all of us if by working with your employees collectively we are able to smooth out any potential issues.

Furlough Update
As we anticipated, changes to the CJRS scheme were announced on Friday 29 May, with effect from 1 July. The Chancellor has brought forward by a month the ability to operate a flexible furlough so that from 1 July employees can be brought back to do agreed hours/shifts/days and the employer will only have to pay for those hours worked and claim for the balance. There is effectively going to be an â€˜oldâ€™ scheme up to 30 June 2020 and a â€˜new schemeâ€™ from 1 July -31 October 2020.

As with the previous scheme, the employer can choose to top up the payment if they want to.

â€˜Flexible furloughâ€™ – allowing an employee to do some work for you
This change comes into effect from 1 July 2020 and is only in respect of employees furloughed on that date and who have been furloughed for a minimum of 3 weeks prior to 30 June. Please note you cannot place employees who are currently working on part time furlough â€“ this is not possible as 1) this change does not come into effect until 1 July 2020 and 2) the employee must already be on furlough as they must be â€˜brought backâ€™ to work.

From 1 July, the HMRC factsheet says employers can bring back to work employees from furlough, for any amount of time and any shift pattern, while still being able to claim CJRS grant for those contracted hours/days that they are not required to work. So employers will be allowed to furlough employees for only part of their working week, for example working two days a week and on furlough for the other three days. A successful claim relies on them being furloughed for 3 weeks or more prior to 30 June 2020.

For worked hours, employees will be paid by their employer at their normal full rate of pay in accordance with their employment contract and employers will be responsible for paying the tax and NICs due on those amounts.

When making a claim employers will need to report hours worked and the usual hours an employee would be expected to work in a claim period.

Things to bear in mind
â€¢ The number of employees an employer can claim for in any claim period cannot exceed the maximum number they have claimed for under any previous claim under the current CJRS
â€¢ Claim periods will be a minimum of one week but can be longer, but cannot overlap months.

Detailed guidance is due to be issued on 12 June 2020, so please bear with us all on the finer points (as always detail after the announcement or implementation).

Track and Trace
The Government has announced its new measures for the NHS Test and Trace service in England (sometimes informally referred to as Track and Trace), which aims to help the country keep coronavirus under control while lockdown restrictions are gradually lifted.

The idea of Test and Trace is that any person who has coronavirus symptoms can be tested. If the test is positive, specialist contact tracers will then get in touch with that person and ask them for information about anyone they have recently been in close contact with. The contact tracers will then alert those recent contacts and inform them that they now have to self-isolate in order to try to stop the spread of the virus.

Test and Trace is not the same as the planned contact tracing app, which is currently being trialled in the Isle of Wight. The intention is that an app could be used in future, possibly in early June, but so far the Government have not put a specific launch date on this.

What do employers need to know?
The Health Secretary Matt Hancock has said in interviews that the support of employers will be crucial to the success of the new service. This is because the Government says it needs employers to encourage workers to adhere to the requirement to self-isolate. The idea is that if the Test and Trace system works, then it will be less disruptive to businesses than the alternative of an extended or re-started lockdown.

Employers have a duty to take reasonable care of the health and safety of their workers as well as other people who may be affected by their business, such as customers, suppliers and visitors. A risk assessment should be undertaken for each workplace (including an assessment of the risk of coronavirus), and the current guidance is still that staff should be working from home where it is possible for them to do so (the introduction of Test and Trace has not changed that). Where working from home is not possible, measures should be put in place to try to minimise the risk. We have previously provided guidance on producing a risk assessment for your workplace and also provided the Governmentâ€™s sector-specific guidance which we hope you found useful. Workers should be consulted and involved in developing the risk assessment.

How it works
If one of your employees develops coronavirus symptoms, then they will need to self-isolate for 7 days (as has been the case previously). And it is still the case that all members of their household must also self-isolate for 14 days.

Anyone with symptoms can now apply to the NHS to be tested (details available here). However, there is high demand, and understandably those who are key workers are being prioritised.

If the test result is positive, those who have recently been in close contact with the infected person will be contacted by Test and Trace and asked to self-isolate for 14 days. This significantly expands the category of people who have to self-isolate.

The Test and Trace service will provide a notification for those who are told to self-isolate which can be given to employers.

If the test result is negative then clearly the individual (and the members of their household) no longer need to self-isolate.

For coronavirus-related absences, eligible employers (in general, this is those with under 250 employees on their payroll) can claim reimbursement of 14 daysâ€™ SSP paid to employees. This has now been extended to cover absences due to self-isolation in accordance with Test and Trace.

Unfortunately the fact that the SSP rate is low (currently Â£95.85 per week) is likely to discourage some people from following the rules and self-isolating when instructed to do so. There are also some zero hours or casual staff who will not necessarily be eligible for SSP and would therefore potentially be paid nothing during self-isolation. The system does seem to rely on people being honest about the fact they have been told to self-isolate. Matt Hancock has described it as a â€œcivic dutyâ€, and this is one of the areas where the Government has said that employersâ€™ support is crucial, to encourage people to adhere to the self-isolation period.

Many employers do of course offer sick pay over and above SSP, usually subject to certain restrictions such as length of service and a maximum amount per year. The new rules about self-isolation and SSP do not strictly speaking affect employer sick pay, but it is highly likely that most employers would treat the time as sick leave in their usual way, so as to deter potentially infectious people from attending the workplace.

The Government have said that employees can choose to take annual leave rather than being on SSP, but that may not necessarily be an attractive option for some people.

Some potential problems
One of the difficulties with the scheme is that testing is currently limited to people who actually have symptoms. (The NHS website on testing specifically says â€œPlease help the NHS by only asking for tests for people who have coronavirus symptoms now.â€) So if a member of staff is told by a contact tracer that they need to self-isolate for 14 days, that person cannot currently take a test in order to try to get the all clear to return to work sooner.

There is also a danger that people might be â€˜contact tracedâ€™ several times in succession, meaning repeated incidents of 14 day self-isolation, which is likely to be very frustrating for employers and employees.

Some people have been concerned about the risk of abuse of the scheme â€“ for example, someone might maliciously name someone as having been a close contact of theirs in order to inconvenience them by forcing them to self-isolate. There has also been some suggestion that people might abuse the scheme to get more time off (presumably this is more likely for those whose employers pay more than SSP). As the scheme develops it may be that anti-avoidance measures are introduced if these issues do become a significant problem.

Finally, there is of course a risk that a workplace could have a number of people who have to self-isolate at the same time, due to having come into contact with each other at work. Hopefully the risk of this can be minimised by measures such as appropriate social distancing, but nevertheless this will be a significant concern for employers whose staff cannot carry out their work from home.

Conclusion
The new service has only just launched and it is to be expected that there will be some teething problems while we all get used to how it will work in practice. It will also potentially change again once the app is released. For now, it is important that employers are aware of how the Test and Trace scheme works and take it into account when they are carrying out their workforce planning and risk assessments.

Thank you to our friends at Crosslands who issued an easy to follow guidance on the JRS scheme changes. 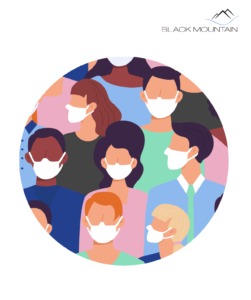 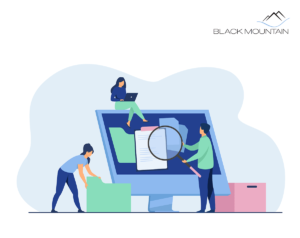 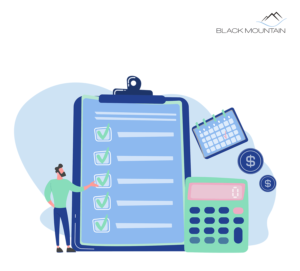 Why is Global Payroll so Complicated?