This ET case is a reminder that there is no place for sexist and demeaning language in the workplace, but respect and professionalism amongst colleagues and peers should be everyday behaviours within the working environment.

Mr Hartley had brought claims of unfair dismissal and sex discrimination against his previous employer but failed in both. Although the unfair dismissal had some technicality issues on the process, the Claimant found himself 100% culpable for his actions. This ET case is a reminder that there is no place for sexist and demeaning language in the workplace, but respect and professionalism amongst colleagues and peers should be everyday behaviours within the working environment. Although the Claimant lost his case, it is also a reminder of the associated costs to defend such claims – which we are all aware are costly to organisations in management time and legal costs.

“A funeral home’s HR boss, who was sacked after being found guilty of making demeaning and sexist comments towards female workers, told an employment tribunal that he felt the Me Too movement had influenced his dismissal.

Mike Hartley was fired from his role as a client liaison and HR manager with Blackpool-based funeral firm D Hollowell & Sons, after being accused of making a series of inappropriate remarks to young, female colleagues, including “sweet”, “love”, “chick” and “honey”.

On another occasion, the tribunal heard, Hartley was seen massaging the shoulders of a female colleague, who said later it was “unsolicited and unwanted”.

He was suspended after a female employee reported his actions and was later fired from his role.

Hartley had argued that he was the victim of sexual discrimination, because despite admitting to calling female colleagues by ‘pet names’, he also gave male co-workers nicknames such as “mate” or “pal”.

However, the tribunal found it was inappropriate to compare the two, as the way he addressed men did not undermine them in the way his names for women did.

“Calling someone mate or lad is not a ‘pet’ name in our opinion it is a nickname,” the panel ruled.

“They are not demeaning… however chick, babes, bobs, honey, hun and sweetie are all demeaning and infantilising ways of referring to women”.

The employment judge went on to report that Hartley believed his fate “was predetermined and that the outcome was influenced by the “Me Too” movement, which meant that the individuals conducting the hearings automatically believed the women rather than himself.”

Hartley’s reasoning for his actions has sparked a debate around whether workplaces should impose rules that prevent employees from addressing each other in what would be considered “unprofessional” terms.

Speaking on Good Morning Britain, TV chef Rustie Lee said it was “unprofessional” for workers to use terms like “honey” and “love” or even people’s first names, if not close acquaintances.

“You don’t address me as sweetheart, darling, love, or ‘hi babes’ when you don’t know me,” she told presenter Kate Garraway.

However, the argument was also made that increasing workplace restrictions could, in fact, have a negative impact on women.

Journalist Ella Whelan joined the GMB debate to say: “It’s a particular problem for women’s freedom – the underlying assumption here is that women need HR reps, that women need tribunals, in order to protect their freedoms and to fight back against sexism.”

Whelan also hit out at the “repetition of sexist ideas” that “women are weak and kind of cowering every time some guy comes around and calls them babe, and that men always have bad intentions.

“I think we need to push back at that very stereotypical gender norm and be a bit more informal in the workplace.”

She went on to say, “We spend so much time at work that we make our workmates like our family,” and concluded that imposing “more and more restraints” would see workforces “walking on eggshells”.

Commenting on inappropriate treatment in the workplace, the Employment Team at London law firm Hodge Jones & Allen said: “Workplace mistreatment and discrimination needs to be demystified. This starts with arming employers with the tools and training to combat discrimination and create spaces where everyone feels valued and respected.

“Discrimination can be difficult to define and insidious, and often employees and employers alike aren’t aware of the many forms it can take, such as subtle microaggressions. But by giving businesses and individuals the knowledge and confidence to identify and respond to such issues, there can be tangible improvements.”

Amanda Lennon, Employment Partner with Spencer West and an experienced HR Director, added: “Words like love and honey have crept into our vernacular, but there is no place for them in a professional context as they are patronising and inappropriate. Similarly, terms like ‘mate’ and ‘lad’ may be perceived as patronising by male workers.

“The recent case involving JWT reminds us that anti-discrimination laws can successfully be used by men as well as women. It is important to be careful with the language used at work. What matters is how someone perceives the word, even if there was no intention to cause upset or distress.”

Laura Trendall-Morrison, Founder, GameChanger Consultancy, said: “The workplace is a professional setting, and ideally language used should be neutral and inclusive to ensure people, regardless of gender, race, culture feel comfortable and that employees do not have cause to be offended by language used. This should be addressed by clear policy and communications training on induction or regularly as part of the code of conduct and working practices.

“Having been a senior leader, as a female in male-dominated environments, comments such as “dear”, “chick” or “love” felt overfamiliar and inappropriate even 20 years ago. Sometimes, I had to hold back my sense of feeling uncomfortable because of generational and power imbalances, but I felt, even then, almost diminished by language such as this.

“Whilst often it was not intentionally to offend, and may have been meant kindly, for some, the discomfort may be greater, particularly where in the context that there has been harassment in the past in the workplace. Equally, “mate and “lad” would not be acceptable as it is often used to show seniority or assume familiarity, between men, to create a power imbalance.”

She concluded: “My advice to leaders is to make clear the need for neutral language – it’s simply a matter of professionalism and respect for colleagues.”

Note: The MeToo movement, with variations of related local or international names, is a social movement against sexual abuse and sexual harassment where people publicize allegations of sex crimes.

Black Mountain are available to discuss any training requirements that covers dignity at work and can be delivered in person or remotely to your teams. 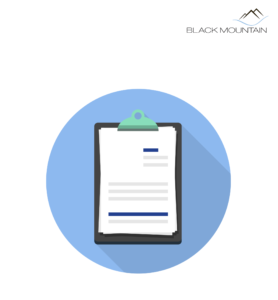